Note: before reading this, please know that I’m not a complete cynic like my Aunt Judy. She thinks that everyone everywhere – doctors, politicians, musicians, bums on the street, you name it – are all out to get her. Except cats. She loves them…to an even more fanatical extreme than I do. She has nine. You get the picture. 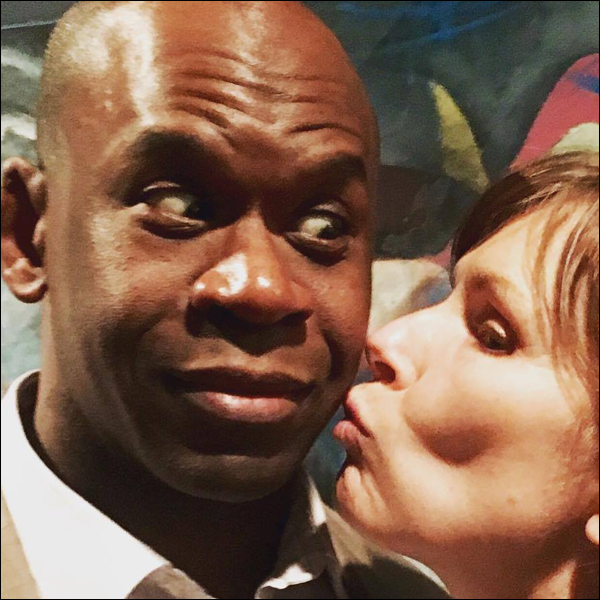 Yes, she thinks that the world is going to hell in a hand basket, REALLY soon, hopefully (she adds, like it won’t be long) NOT before she dies. Now aside from the fact that I put cats on a high, pretty much god-like pedestal too, that’s not me. I mean, I’m not her. I just want to make that clear. I’m a positive person for the most part, unless your idol is Kim Kardashian; then I think you’re an idiot.

Anyway, for the past week or so, whenever I’ve been driving home from work, I keep hearing this ad on the radio about happy endings. It’s for the Adult Fun Superstore in town, and it goes something like, “Rachel just got married la la la la la… and Sarah just had a baby la la la… they’ve found their happy endings. And you can too by visiting the Adult Fun Superstore!” [wink, wink, nudge, nudge] the announcer implies.

And we get it. You can buy a little lube, a few “adult” toys, and maybe some lingerie or a latex thong or two, and happy endings abound. Maybe, maybe not. Depends on how sexually educated you are. Anyway, I don’t believe in “happy endings”. They aren’t real. You shouldn’t be looking for them, and I’ll tell you why…

If you think for one second that WHEN you find the “right” person, or WHEN you have a baby, or WHEN you move out of your parents’ house into that new ultra modern, super high-end condo that you’ve been drooling over for months, or WHEN you get those boots that you’ve always dreamed of having (I like Frye’s Leslie Artisan Short in “wheat” but they are $515 and it’s very hard to justify buying them when I already own a few nice pairs), that everything will be right with the world, and you’ll be happy forever and ever amen. If you think that, then you are kidding yourself.

Most people over the age of forty (sometimes younger if they are worldly enough and/or smart) know that this just isn’t true. Obviously, the Adult Fun Superstore radio ad is being marketed mainly toward young adults – those who are on the verge of many new “firsts” in their lives.

No, us older folk know that there is no secret thing that is going to change it all. There is nothing that could happen to you that is going to create that “happy ending” that so many of us are looking for. Sure some times will be more difficult than others. And some times will be brighter. But in general, you are either the type of person who finds the good in whatever is going on around you, or you are just the opposite – cue my Aunt Judy.

Like I tell my kids – though they don’t always listen, and really have to learn these things on their own – when one problem is solved, there will always be something else coming in like a black cloud to take it’s place. Thus, you need to learn to smile despite the black clouds, or better yet, only try to see blue skies in the first place.

Example 1: You get your own apartment. You and your significant other can now be together as much as you want. There’s no one to interfere. You can have sex as much and as loud as you want too – those latex thongs probably coming in handy. It’s all good. Happy endings start now. But wait. You may not have to put up with sharing a bathroom with your messy brother anymore, but there are other things to think about. There’s rent to pay. And groceries to buy. And when the dog barfs (or worse, shits) on your new fluffy white carpet – because don’t worry, he WILL at some point – you’re going to have to deal with it yourself. No magic “cleaning” fairy is going to come along and do it for you. That was my job before. See how one problem gets solved, only to be replaced by something else?

Example 2: You get that new pair of boots. They are awesome. Really hot. And they are super perfect with your new jeans. You’ve been waiting for years to buy something as nice as these. Oh my god, life will be so enjoyable from here on out – in your new boots, you feel like you can save the world. Yeah, it’s amazing – until next season, (or if you are like my daughter, until next week), when there’s another pair that’s even better, and you need to have them as well to feel complete.

Don’t think that any one change is going to make everything better. That’s all I’m saying.

MORAL: Just live. Look forward to each day, each moment. Take it as it comes. And try really hard to see the good in all of it. Surround yourself with people who do the same. Realize that if you keep looking forward to these “happy endings” – to getting with that perfect guy or girl, or to buying that new house or being given that huge (Kim Kardashian-esque) diamond ring – that your life will be over before you know it, and you won’t have found anything of value.

As my great grandma Eva always used to say (she was a short woman, with a harsh bun, and never one to mince words): “You shouldn’t be coveting the happenstances of life on a grand scale my dear, because there is no shortage of drugstore cowboys out there. If you put all your eggs in one basket, you will be sorely disappointed. Don’t be a wisenheimer – nobody likes them. Just be thankful for that spoon collection I gave you, and the fact that you didn’t die of the plague. You should be bloody happy about that. So many of us didn’t make it. Now get a wiggle on, and get this poor old lady some tea.” Whatever the hell she meant, she was probably absolutely right.