I’ve been a mother for almost twenty-five years, and during that time, I’ve raised three grown children, and contributed to the education of quite a few others who weren’t my own but who dirtied my furniture and ate my food just the same. Yes, there have been moments, weeks, years even, that were hard, VERY hard – debilitating almost. But what is it they say? What doesn’t kill you makes you stronger, right? Well, I don’t know about that. 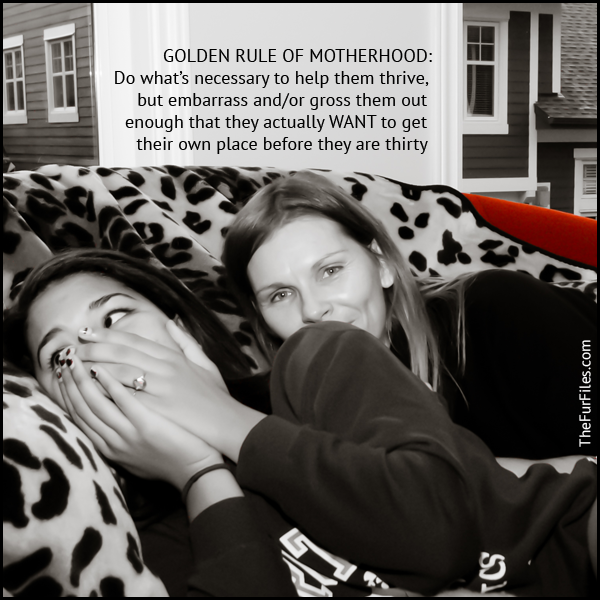 Anyway, in case you are hell bent on the idea of parenting – I mean nobody really believes it’s as hard as others who’ve gone before them may say and who may recommend a goldfish or gerbil instead – here are a few small tips (let’s call them “short cuts” or “stress alleviators”) that I’ve learned along the way. Practicing one or even of a few of them may prevent you from stabbing yourself in the eye with a fork to end the intense suffering at some point. On that day, do me two favours. One, thank me for the help. And two, admit that I was right. That alone could make it all worth it. OK, here we go…

The Housewife Job Description Do you have the right qualifications? I can listen to loud techno music for literally hours on end without ACTUALLY poking my eyes out. I want to though.

10 Things You Could Have Done If You Got Up Early

50’s Housewife Humour Some of these are just too good.