Before you get your feathers all in a “don’t be mean to Steve Perry, he’s a good guy” flap, I don’t really hate him. But right now, if I hear his song Don’t Stop Believin’ even one more time, I’m going to take something very sharp out of the cutlery drawer and slice through someone’s shirt (not my own) just enough that they get the idea that I’m losing my frickin’ mind.

The problem: Zach a.k.a. Roary Raynor a.k.a. Mr. Rockstar (as I like to affectionately call him)… 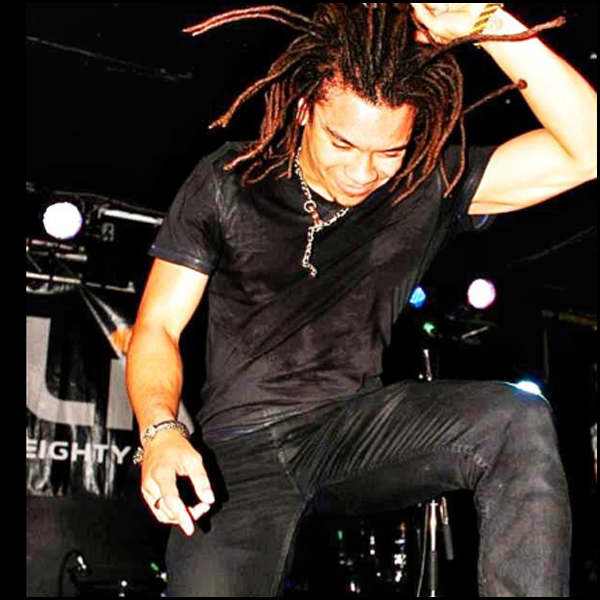 (NOTE: For those of you new to my blog, my oldest son is the lead singer in a band. His goal in life is to be a musician – a money-making musician (there IS a difference) – and as his mother, I will do whatever it takes to support him. My husband, on the other hand, says that he has until he finishes school to pursue his dream and mooch off of us, and then it’ll be time for him to get a real job. Dads are always so tough. I guess, we’ll see what happens. He has one year left.)

And right now, “Don’t Stop Believin'” is his go-to “it’s got a positive message, great range, and I’m going to sing it over and over and over again until my mother (and other family members) throw themselves off our back deck” song.

Don’t get me wrong. My son is a good singer – a great singer, in fact. It’s just that a person living with someone like that can only take so many mi-mi-mi-mi’s, so many ah-ah-ah-ah-ah-ah-ah’s, so many buzzzzzzz and brrrrrrrrr’s before they start thinking that the world is going to come crashing down on them in a series of rainbow-coloured explosions. Jesus Mary Mother Of God – enough already. Give me some damn ear plugs. I’m going deaf.

You don’t even want to know what riding in the car with him is like. You are trapped.

“Did you know that it takes ten thousand hours of practicing something for a person to become great at it?” This is how he prefaces the caterwauling.

“I know – Outliers,” I reply. I’ve read the book. It’s actually not just practice, but 10 000 hours of perfect practice that’s required to master any skill.

“I guess you’d better get used to it then.” And the howling continues.

Sometimes, my son will even trick us and say that he’s done singing for the day. Two seconds later, he’s back at it. Usually, it’s when his dad and I are just getting into bed.

“Can you go do something about your son?” my husband will growl. Of course, he’s MY son at times like this.

Getting out from under the covers, I traipse out into the hall and knock on his door. “We’re going to bed.” I peak in. “Your father says to knock it off.” Why make it his idea? You might recognize this “blame your partner” strategy. It is a game long-time married people play.

“He’s not getting invited to the Grammy’s” – the response I have predicted from the singing master, hence the reason I named my husband in the bad-mouthing. I’m smart. I know how to keep my spot in the lower tier of The Staples Center. My husband will have to watch his son win the “Best New All-Around Musical Genius” award from home.

C’est la vie. Move over Rihanna’s cousin. At least, I’ll be there.

6 thoughts on “I Hate You, Steve Perry”